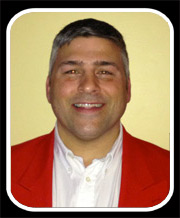 Ryan Banks is inducted into the Abbotsford Sports Hall of Fame in the athelete category for his outstanding achievements in the sports of rugby and football.

In rugby, Banks represented Canada 36 times on the national men’s squad, including World Cup appearances in 1999 and 2003. In the World Cup of 2003, he was the team captain. Banks also played for the Bedford Blues Rugby Club in England for one season professionally, where he distinguished himself as the team’s top try scorer.

Aside from his national team commitments, Banks played for the Pocomo and Burnaby Lake rugby clubs for nearly 15 years.

In football, Banks had an illustrious career which began at Abbotsford Senior. He was awarded the Jim Young scholarship in 1990, and went on to play varsity football at Simon Fraser University while still playing rugby in the offseason for Pocomo.