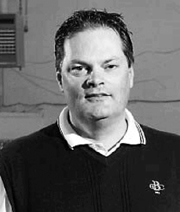 Randy Bartsch excelled at the international level for more than five years in freestyle skiing.

His competitors and teammates recall Bartsch’s rise from an aspiring freestyle skier to a top World Cup competitor. Hiss specialty was ballet skiing, and his athletic skill and artistry placed him among the top skiers of the time.

Nationally, Bartsch finished second in both 1979 and 1980 in the overall Canadian standings for ballet/acro. On the international scene, he earned his career-best placing in 1979, finishing fifth in ballet/acro at the FIS World Cup Freestyle in Laax, Switzerland, with an overall standing for the year of seventh. In 1980, he again placed in the top 10, with a seventh-place finish at the FIS World Cup in Whistler, and a ninth-place overall standing for the year.

Bartsch was known as a leader, focused on achieving his goals, and was regarded by his teammates and coaches as an outstanding role model. His focus and determination served him well in competitive skiing and has continued to bring him success in business.