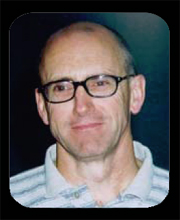 After a superb basketball playing career in high school and university, Pat Lee turned to coaching with outstanding success.

While at Aldergrove Secondary, Lee developed a powerful senior girls basketball program and within a span of five years, his girls teams won a gold, two silver and two bronze medals at the B.C. provincial championships. Lee later transferred to W.J. Mouat Secondary where he coached various boys and girls teams.

From 1995-2006, Lee served as head coach of the University of the Fraser Valley (then known as UCFV) men’s basketball team. He guided the Cascades to four B.C. Colleges Athletic Association championships and three Canadian College Athletic Association (CCAA) national titles (2000, 2002 and 2004).

During Lee’s coaching career, he received numerous awards including BCCAA Coach of the Year (1998) and B.C. college coach of the year (2000 and 2002). He has been a tireless worker and promoter for the sport in Abbotsford, both through coaching and his involvement in summer camps and clinics.