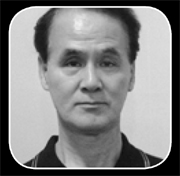 Mits Ikeda has been a legendary name in gymnastics for his dedication and foresight related to the sport since he immigrated to Canada in the 1970s.

Ikeda’s tutelage has sent 40 gymnasts to the national championships, produced seven senior national-level gymnasts, and five senior national team members. He has been involved with the Abbotsford Twisters Gymnastics Club since 1988, when he began the expansion of the boys program to a degree that it became a gymnastics force in British Columbia and eventually in Canada.

Ikeda has attended six World Championships as a Team Canada coach, served as head coach for the 1999 Pan American Games, and has been the coaching chair of the men’s technical committee of Gymnastics BC.

His many successes earned Twisters Gymnastics recognition as a national training centre for men’s gymnastics. He is a consummate leader, creating a positive environment which has inspired young athletes to reach their potential. He has further encouraged them to continue their involvement in gymnastics as coaches, judges and volunteers.

Ikeda’s sons, Richard and Ken, both represented Canada at Olympic Games and have also been inducted into the Abbotsford Sports Hall of Fame.