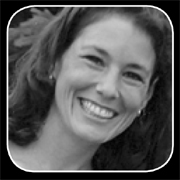 Michelle McDonald-Wheeler had a long and successful figure skating career.

She burst to prominence in 1981 when she and Patrick Mandley won the Junior National Championship in ice dancing. She would continue to participate in the highly competitive national and international levels of ice dancing, skating with several partners, including Michael Farrington (1986-87), Mark Mitchell (1988-90), and Martin Smith (1990-retirement). In 1991, McDonald-Wheeler and Smith won the senior national championship. She was on the Canadian national team for 10 years and represented Canada at three World Championships.

After her competitive career ended, McDonald-Wheeler continued her involvement with figure skating. She skated on the Torvill and Dean Tour before turning to coaching, choreography, and directing a skating school in Ontario. McDonald-Wheeler has continued to give back to Abbotsford figure skating by helping with fundraising and performing for the local MSA club whenever possible.