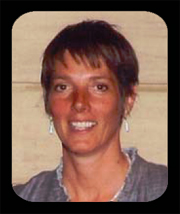 Lori Clarke competed as a youngster in many sports, but by Grade 11 and 12 at Abbotsford Senior Secondary she concentrated on and excelled in basketball, winning numerous MVP awards.

While playing for UVic, Clarke was named a CIAU first team All-Canadian and won the Nan Copp Award as national player of the year for 1987. She also played on Canada’s national team, helping Canada win a bronze medal in Moscow at the World Championships in 1986.

Clarke spent the years 1989-1996 playing professionally for various teams in Europe, while still playing for the national team. Her leadership qualities are exemplified by being chosen captain of Canada’s 1990 national team which finished seventh at the World Championships.

Clarke has continued in basketball after her playing career, coaching at the University of British Columbia and at Prince of Wales Secondary in Vancouver.