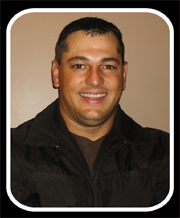 Kelly Lochbaum played football for a total of 20 years, beginning his career at W.J. Mouat Secondary. After garnering several college football scholarship offers after his time with the Hawks, he decided to attend a college in California and later enrolled at Northern Arizona University.

Lochbaum played for the B.C. Lions of the CFL from 1997-2000 as the starting middle linebacker, the highlight being a Grey Cup victory in 2000.

He left the Lions for the Calgary Stampeders in 2001 and helped them win a Grey Cup that year. He returned to the Lions the following season, and was a team captain from 2002 to 2005 and once more played in the Grey Cup (2004).

At the conclusion of his playing career Lochbaum settled in Abbotsford, where he works as a realtor and gives back to the community through coaching.