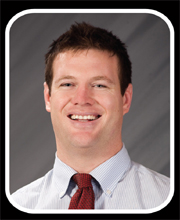 John Cannon launched his stellar rugby career playing for W.J. Mouat, Abbotsford Senior and the Abbotsford Rugby Club. Some of his accomplishments include playing for Canada’s under-17 team on tours to England and Germany; Canada’s under-19 team in France and Wales; and Canada’s under-23 Pacific Pride program.

Cannon played for Canada’s senior national team from 2001 to 2007, earning a total of 31 caps and competing in tournaments around the world.

Cannon’s professional rugby career began in 2001 with England’s Rotherham Rugby Club, and he later played for clubs in Coventry and Doncaster – all National Division One clubs in the United Kingdom. In 2004 and 2005, he was named to the National Division One all-star team and in 2006 was described by Rugby World magazine as perhaps the best centre outside the Premiership in England.