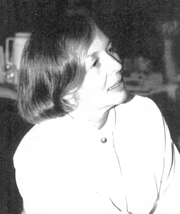 Jane Swan is a name synonymous with track and field in B.C.

She served as director, secretary, and president of B.C. Athletics over three decades, and was known as the ultimate organizer. She was the founder and moving force in the Valley Royals Track and Field Club since its inception, fundraising while organizing local, national, and international track events.

From coordinating local elementary school events such as Abbotsford’s cross country grand prix, to organizing international track events such as the 1996 Harry Jerome Classic (which attracted the 100-metre record holder Donovan Bailey), Swan had her hand in a wide variety of activities for the benefit of amateur athletes.