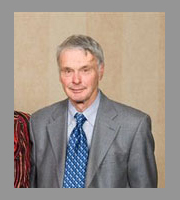 Gerry Swan’s resume of coaching and sports administration is unmatched in the Abbotsford area.

Swan has been a coach and administrator of track and field for over 50 years. Starting in the early 1960s, he coached track and field athletes at Abbotsford Senior High School. He also coached for specialized track and field clubs such as the Vancouver Olympic Club and the Richmond Kajaks. These experiences led Swan to become a provincial, national and international coach. He has coached internationally at the Pan American and Commonwealth Games as well as Olympics and World Championships.

Swan coached many athletes who won Canadian championships and went on to compete on the Olympic stage. These included Abbotsford Sports Hall of Fame inductees Wendy Taylor Charney and Kirk Bryde, as well as numerous middle-distance runners such as Brit Townsend and Pam Medland.

Swan served as president of BC Athletics for many years, and had a stint as president of the BC High School Boys Basketball Association. He has also been head coach of the Valley Royals track club since its inception in 1980.

Swan has been recognized with many awards, but one of the greatest was being selected to carry the 2010 Olympic torch into the Gerry and Jane Swan Track at Rotary Stadium.