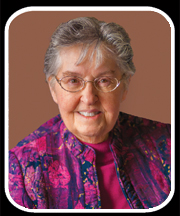 It is with great honour that Elizabeth (Liz) Carter has been inducted into the Abbotsford Sports Hall of Fame in the Community Sports Builder category for her outstanding contributions in the development of multiple sports locally.

In 1970, Carter started as a participant in tennis offered by the Recreation Commission, and as suggested by the professional coaches at that time, she became an instructor and continued to teach at Jubilee Park tennis courts. Eventually the program became a club which continues to exist today for both men and women. Carter was also active in convincing the council of the day to build new tennis courts adjacent to the MSA Arena and was very active in fundraising to assist the community in their construction.

In 1973, Carter also started teaching gymnastics for the Matsqui Abbotsford Recreation Commission, and in 1977, the commission decided that this should also be reorganized as a club with a non-profit board to oversee its operation. Carter took on the challenge of creating what became the Abbotsford Twisters Gymnastics Club with 150 members. School gymnasiums were utilized and the club grew to 250 members and it was decided that a building of its own was required. Through government support and fundraising, a building was finally built and the club moved in 1988. The club currently accommodates approximately 1,000 gymnasts each year.

Carter utilized her experience to assist in the development of the Abbotsford Judo Club for the Matsqui Abbotsford Recreation Commission. She was appointed to the standing advisory committee for the commission, meeting monthly to provide input regarding recreation and sport in the community and chaired that committee for one year.

Carter was a founding member of the Valley Concert Society, a member of the 1993 Matsqui Abbotsford committee for the submission of a proposal to host the Canada Summer Games, and was a committee member involved in the bid process and subsequent success of the 1995 Western Summer Games. She has since served on the accommodation committee for the Disability Games and the BC Summer Games. Carter was also a member of the board of directors of this very Abbotsford Sports Hall of Fame for approximately five years, and continued to contribute to its success in the in the proceeding years.

Carter has received many awards for her efforts on behalf of our community, including Year of the Child and Family Achievement Award in 1979, Freeman of the Municipality, and Volunteer Celebration 88 Award. She is truly the quintessential Community Sports Builder.