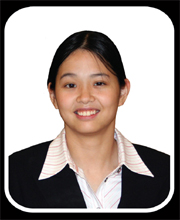 Stephanie Tsang began her judo career at the age of five at the Abbotsford Judo Club, excelling in the sport from the beginning and winning various tournaments in her early years.

At the ages of 13 and 14, Tsang won bronze medals at the Canadian Junior Championships. At the age of 15, she captured the silver medal in both the juvenile girls and junior women’s categories at nationals. The following year, at age 16, she earned a national gold medal. This made Tsang the first Canadian champion from the Abbotsford Judo Club. In addition, she won gold and silver awards in U.S. open tournaments that year.

At the age of 17, Tsang garnered gold at the Canadian senior nationals and the Western Canada Summer Games, and qualified for the Pan American Games. Due to a severe injury she was forced to withdraw from that competition.

Dr. Tsang is still actively involved in the local club while working as a dentist in the community.