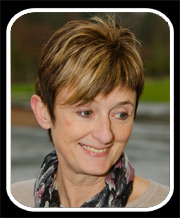 Deirdre DeGagne is inducted into the Abbotsford Sports Hall of Fame in the community builder category for her immense contributions to the development of the sport of rope skipping.

DeGagne as been head coach of the Abbotsford Skipping Sensations Club (ASSC) since 1990. This club, under her guidance, has hosted eight provincial, three national and three open championships. The club has qualified many members for national championships with some going to world championships. Currently the ASSC has 38 members ranging in age for six to 26.

The Skipping Sensations have a mentorship program to teach leadership to younger club members. As a result of this mentorship, senior club members have taken the sport to other countries including Mexico, Fiji, Chile, Thailand, Kenya, Brazil and Wales.

Under DeGagne’s leadership, the sport of rope skipping has grown tremendously with Abbotsford being one of the national hot spots. The club performs as a Jump Rope for Heart demonstration team and has represented our community at many high profile events including the 2010 Winter Olympics.